Beauty Tips for Men and Women

What Is A Skin Abscess And How Can It Be Treated?

Getting bitten by a spider or a mosquito may seem like a big deal, but sometimes it can turn into a big problem. That's because it could get infected and turn into an abscess, which will need medical attention.

An abscess is an infection that has built up around or under the skin. For example, a spider bite can let bacteria into the skin. While the bite itself is healing, the bacteria are multiplying, causing an abscess that is just under the skin. The abscess is going to be swollen, red, warm to the touch, and painful when touched. If severe enough, it might even hurt when nothing is touching it. Depending on what has caused the abscess, you may see something in the center of it. An example of this would be if an ingrown hair is the cause of the abscess, you could see a dark spot in the middle of the abscess.

There are different ways that you can treat an abscess. Depending on its severity, you may be able to do some at home treatment. However, if the redness appears to be spreading out from the abscess, it is noticeably getting worse, or you start to run a fever, you should immediately go see a doctor.

One of the things you can do at home is to apply a warm compress, usually a warm wet cloth, to the area several times a day. You can also take over-the-counter pain relievers. Do not give into the urge to try to pop it. If you do, you may spread the infection out into other areas surrounding the abscess. If it does open and start to drain, then you should keep it covered. Make sure the dressing is thick, because the discharge could be nasty.

If the abscess is large or starts to give you problems, a doctor's visit is in order. The doctor may have to incise and drain the abscess. That means that they will cut into it and let the contents drain out. They may also take some of the discharge to test it to see what caused it. Your doctor may also give you some antibiotics to treat it,

If you get a spider or mosquito bite, it may itch and bother you, but it could also become an abscess and cause you more problems. If this is the case, contact a dermatologist like Center Of Dermatology PC/Herschel E Stoller MD for professional medical attention. 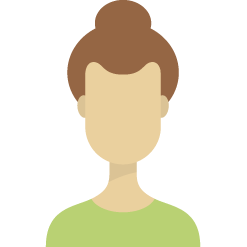 I believe that how people look on the outside can influence how they feel on the inside. Men and women of any age can face many challenges with their looks. Some people have bad skin, while others lose their hair prematurely. These are just a couple of problems men and women must contend with each day. If the problems get worse, they eventually affect the body's organs, tissues and cells by preventing them from working properly. But with the right help, people can overcome these issues. My blog provides the tips adults need to stay fit, healthy and happy. I show men and women how to meet their greatest beauty challenges head on. Happy reading.